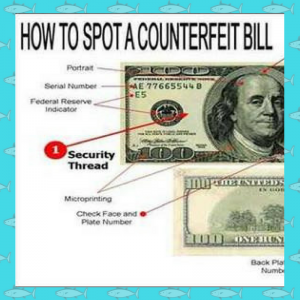 Some of Cazadero’s folklore is dark and foreboding.  Take the case of Helmuth Seefeldt, age 68, who was bludgeoned to death on or about August 20, 1942. His body was discovered in a shallow grave on his Creighton Ridge sheep ranch five months later. Buried with him was his pet dog. His ranch foreman, Roy Cornett, was an ex felon who some years earlier had spent time in prison for cattle rustling.  Soon after Seefeldt’s demise, Cornett was arrested for the murder, but there was not enough evidence to convict him of the crime. Cornett, however, was found guilty of forgery for falsifying three of Seefeldt’s personal checks while the victim was still in the grave.

Now this is where the story gets very interesting.  Upon his release from jail, Cornett returned to his old tricks, but on a much larger scale.

Cazadero’s Roy Cornett began a counterfeit operation, cranking out Jacksons like there was no tomorrow.  The F.B.I. soon was on his trail and once again Mr. Cornett was arrested.  Realizing that another stint in prison was likely, he decided to have the last laugh.  Word was circulated throughout Cazadero and the surrounding hills that Cornett’s place was up for grabs, that everything was free for the taking.  The locals took him literally and swarmed his house, carting away every stick of furniture as well as the doors, windows, walls and floorboards.  With nothing for the F.B.I. to recoup but the post and piers, the feds departed, dragging their tails behind them.