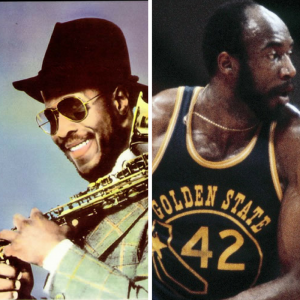 Up the street toward Geary Boulevard it would not be unusual to find Leola King boarding a tour bus, promising a free drink if the passengers took a chance to venture into her Birdcage, a cabaret featuring musicians such as John Handy as well as the best chicken-in-a-basket this side of the Mississippi.

Another fixture in the Fillmore District of San Francisco was basketball great, Nate Thurmond, driving his Silver Shadow, dressing up the neighborhood.  He spent the majority of his fourteen-year NBA career with the Golden State Warriors.  He was the first to score an official quadruple-double.  In 1965, he grabbed 42 rebounds in a single game and has been named as one of the 50 greatest basketball players of all time.  The seven-footer was affectionately called “Nate the Great” by fans.  After retirement, he opened a rib joint in the Fillmore, Big Nate’s BBQ.  He lived in San Francisco until his passing in 2016 at age 74.

For more, scroll to the bottom and click on your favorite neighborhood or town.  The Fillmore District and John Handy appear in the award-winning novel, Don’t Stop the Music.  To see further details regarding this historical fiction, go to the top and click on “Novels”.