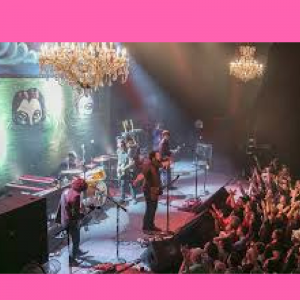 Scruffy bearded young men wore tie-dye headbands while their dates swayed to the music in their heads, their loose fitting blouses drenched in patchouli oil. Bill Graham policed the ticket line at the Fillmore Auditorium himself, manhandling drug dealers and pickpockets. Once inside, you climbed a staircase to a giant room festooned with chandeliers and bands of colored lights. Free apples awaited in a nearby ice bucket while an attendant passed out complimentary posters of that night’s entertainers.

The passageway of the Fillmore Auditorium would be laced with the sweet scent of Mary Jane. Billowing clouds spiraled into the dust-mite air, cardboard-tube bongs standing at attention.  Jerry Garcia might be the opening act for Jefferson Airplane while Peter Coyote (movie star later) of the anarchic Diggers would protest the idea of charging money for such heavenly music. Backstage, the house punch would be spiked with Owsley’s acid and the electric Kool-Aid night was officially underway.  Owsley Stanley, a.k.a. Bear, was the sound manager for The Grateful Dead and the first individual to mass produce LSD, more than ten million doses between 1965-1967.

For more, scroll to the bottom and click on your favorite neighborhood or town.  Bill Graham and the Fillmore Auditorium are featured in Don’t Stop the Music, an award-winning novel.  To view more details regarding this historical fiction, go to the top and click on “Novels”.