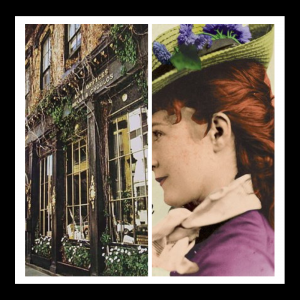 A secret tunnel runs under the former San Francisco law office of Melvin Belli (1907-1996), the “King of Torts”, whose client list included Errol Flynn, Muhammad Ali, The Rolling Stones, Mae West, Jack Ruby, and others. After winning a court case, Belli would raise a Jolly Roger flag over his office building and fire a cannon, mounted on the roof, to announce the victory and the impending party. The structure at 722 Montgomery Street in the Barbary Coast District was built circa 1850. Belli claimed that it was a Gold Rush era brothel, later to become the Melodeon Theater where one of the most acclaimed and beloved entertainers in the City’s history performed. Lotta Crabtree was a noted singer with a zealous fan base.

To avoid the harangues of intoxicated patrons, she would exit via a secret tunnel constructed just for her. While conducting a field study on behalf of St. Mary’s College in the 1980’s, my students and I were invited inside. We stepped under crystal chandeliers, past red velvet drapes and a statue of a Swiss Madonna, wearing an ostrich plume from South Africa. A discreet staircase came into view, exposing the entrance to the passageway. It once led under an adjoining alley to a horse stable, allowing a quick getaway for Miss Crabtree. City officials declared it unsafe following the Loma Prieta earthquake in 1989. While renovating the building for a future Belli museum, workers unearthed the tunnel to find the remains of two bodies. Belli married six times with five divorces, declaring bankruptcy toward the end. I often wondered if he ever used the tunnel for his own personal escapes.