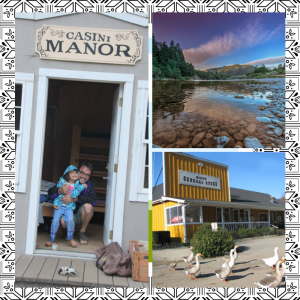 Over the next 33 years, Paul Anthony Casini and his son George would grant people access in order to explore one of the more renowned fishing spots along the Russian River, Brown’s Hole. Back in the forties and early fifties, it is said that you could get knocked over by the 50,000 salmon returning each winter in search of their birthplace.   When the Coyote Dam north of Ukiah was built in 1957, it wiped out miles of prime spawning waters. But the Russian River is  regaining some of its respect, thanks largely to a successful hatchery  program at Sonoma Reservoir on Dry Creek.  Many anglers are returning to Brown’s Hole, reporting catches of steelhead in the 10-to-18 pound class (it should be noted that fishing for Chinook and coho salmon is prohibited).  In 1965 George Casini began the process of turning the 110-acre parcel bounded by the Russian River and Moscow Road into what is now Casini Ranch Family Campground. Besides full RV hookups, a number of activities are offered including boating, swimming, movie nights, hayrides, bonfires and ice cream socials. Paul Casini, George’s son, has kept the park within the family business and oversees its day-to-day operations.