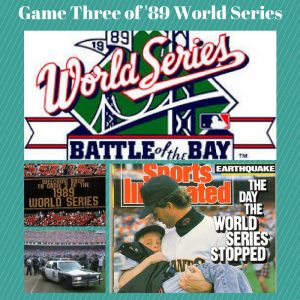 There was a loud rumble as the bleachers in right field swayed, fans dashing toward the exits during those frantic fifteen seconds.  A worker on a light tower could be seen holding on, his body slapping in the wind like a rag doll.  One fan yelled, “Yeah, rock the Bay!” and a rally cry was born.  Players milled around the infield with their young ones hiked upon their shoulders.  Twenty minutes passed and everyone knew that the game was in jeopardy. END_OF_DOCUMENT_TOKEN_TO_BE_REPLACED 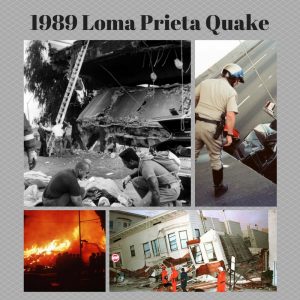 The overhead wires stopped putting out electricity.  The wife disembarked from her commuter bus just outside the Stockton Tunnel in Chinatown and began her three-mile trek to the boat.  Wide-eyed pedestrians scurried around, traffic jammed up at intersections, signals on the blink, glass everywhere.  She passed through Ghirardelli Square and Fort Mason until she came to Great Meadow Park and scanned the devastation of the Marina District for the first time. END_OF_DOCUMENT_TOKEN_TO_BE_REPLACED