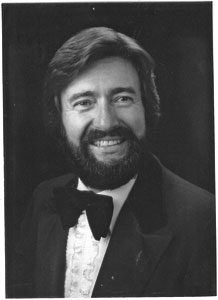 Some River Rats are still in possession of their membership cards with Rivasimacale printed at the top.  Of course, you were required not only to carry this I.D. with you twenty-four-seven, but you had to show your large green toenail as well.

One River Rat tells the story of how she was honored to carry Dick Crest’s saxophone from the amphitheater to the dance hall where the band would set up their gear once more and play until midnight.  Like many, she loved and admired the band leader.  One ritual has her and other River Rats, each in turn, swimming out into the Russian River, retrieving a stick and bringing it back to the feet of Dick Crest.  You would then bark and wag your I.D. card three times.  It was a right of passage that all looked forward to.

When his contract was not renewed for the summer of 1963, many of us felt that the age of innocence was lost forever.  Dick Crest passed on to the great arena in the sky in 2010 at the age of 80.   It is only fitting that I bid you farewell with Dick Crest’s signature sign-off: “Goodnight Sweetheart Goodnight”.

For more pics and fun reads on the Russian River and San Francisco, go to https://www.johnmccarty.org