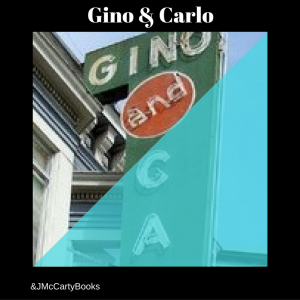 I remember this time when I got into a conversation with a regular, an old-salt Italian.  Let’s call him “Alfredo”.  Alfredo started telling this tale about how he was dining at a neighborhood eatery/bar when the owner approached and suddenly collapsed.

The gentleman died right there in front of Alfredo’s booth.   Alfredo turned and said to me, “You know what, John, I had to walk over the S.O.B. to get to the bathroom.  Some nerve, huh?”

Years later I accidentally ran into Alfredo while I was working behind the register at Northwood Golf Course up at the Russian River.  He strolled in with two behemoths.  These guys must have weighed 300 pounds each, six-foot-five, and wore starched white T-shirts, black slacks and black Oxfords.  In a soft, even tone, Alfredo asked me politely if there was a chance he could get out to play some golf.  I asked how many players would there be.  Alfredo said just himself, that he liked playing alone with the exception of his two compadres who would be just riding along.  I gazed over at the two hulks, the pair standing stiff with arms folded and said that there would be no problem.  Gino and Carlo is a great bar, great color and great stories.  Don’t miss out!