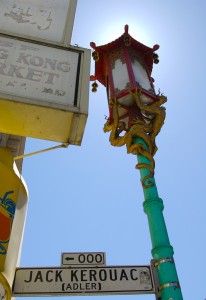 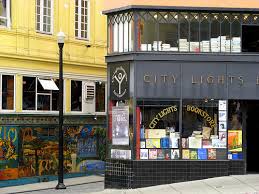 In 1988, Lawrence Ferlinghetti, who was the co-founder of City Lights Publishing, proposed the dedication of the alley to the Board of Supervisors.  The passageway is known for its colorful graffiti and engraved Western and Chinese poems. Below is a sampling of this genius.

The air was soft / the stars so fine / the promise of every cobbled alley so great—Jack Kerouac.

Poetry is the shadow cast by our streetlight imagination—Lawrence Ferlinghetti.

The free exploring mind of the individual human is the most valuable thing in the world—John Steinbeck.