See us in the April/May 2018 Issue of Shelf Unbound Magazine! 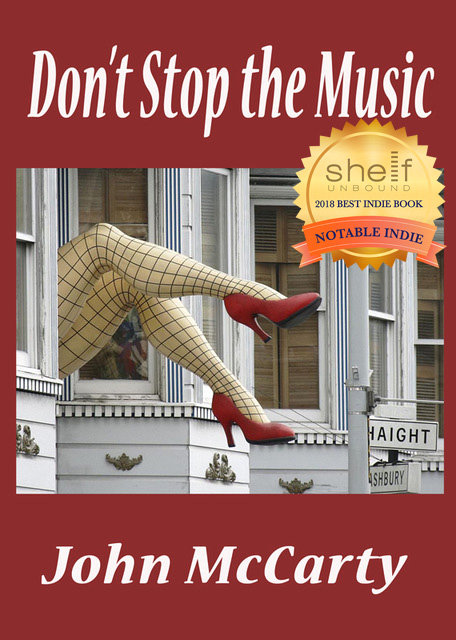 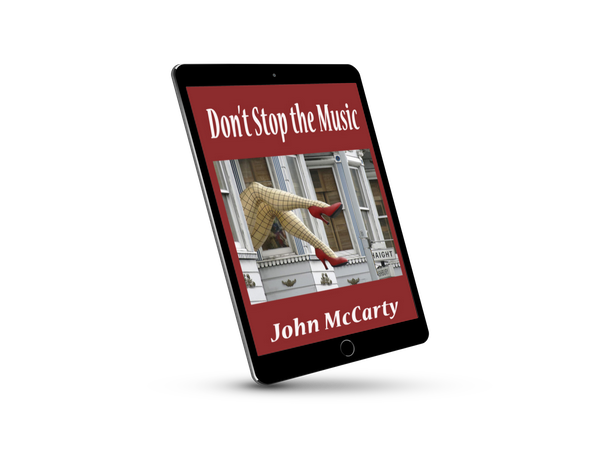 “A wonderful romp from San Francisco to its northern satrapy of the Russian River area in Sonoma County. For those who remember the era (Summer of Love), Don’t Stop the Music is a delicious summary of memory.”  ~   San Francisco Museum and Historical Society

“If one is looking for honest government, honest people, honest anything, this is not the book to read.  But, on the other hand, John McCarty has put together a tribute to the 50th anniversary of the Summer of Love that is cheerful and entertaining as well as paying tribute to the beauty of west Sonoma County.  A real page turner.”   ~     Sonoma County Historical Society

“A trip back in time to the 1960’s San Francisco Fillmore and Haight Districts, up through the Marin & Sonoma coastline to the Russian River hippie heyday and the peace, love, and rock ‘n’ roll lifestyle.  A nostalgic read.”  ~     Russian River Historical Society

“A tasty well-paced read with colorful characters you might have, or wish you had known, discovering themselves amid the denizens of America’s Left Bank during the most loving and eye-opening revolution in America’s history. Familiar folks, home-grown scenery, and candid attitudes will put you happily  in the middle of all the action.”   ~    Stephen Gross, The Press Democrat

“John McCarty’s novel captures the culture of the sixties: hippies, Hell’s Angels, crooked politicians, druggies, prostitutes, and draft-dodgers. Somehow McCarty manages to build sympathy for his motley crew, as they embark on their adventures both in San Francisco and on a classic road trip to rural northern California, capturing the flavor of a fascinating period in our history.”   ~     Susan E. Gunter, Ph.D., Fulbright Association

“Don’t Stop the Music delves into the underside of the Summer of Love with a mixture of fast moving fiction, actual happenings and real people much in the news of those days.  McCarty uncovers a significant slice of local humanity in the throes of anarchy and degradation.  All along there is danger, excitement, budding love and a number of unrighteous brawls.  The author knows what he writes about.”  ~    Bob Jones, Sonoma West Times & News