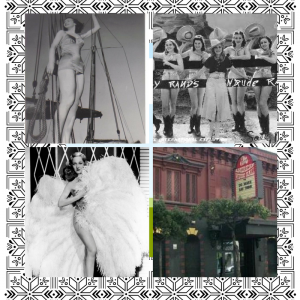 When my mother could no longer perform ballet due to the W.W.II closure of the Opera House, she took advantage of her earlier contacts and landed a job at Sally Rand’s Music Box.  The theater on O’Farrell Street in the Tenderloin is still standing but under the name of the Great American Music Hall. END_OF_DOCUMENT_TOKEN_TO_BE_REPLACED 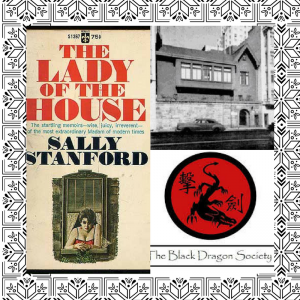 Sally Stanford was very fond of burlesque and a regular at Sally Rand’s Music Box (same building where Great America Music Hall is today on O’Farrell St. in the Tenderloin).  Sally Rand rented out a portion of Miss Stanford’s Nob Hill residence for dance lessons.  My mother, Anne DeGraf, took this same class.  Their instructor was a Japanese man by the name of Ito.  END_OF_DOCUMENT_TOKEN_TO_BE_REPLACED 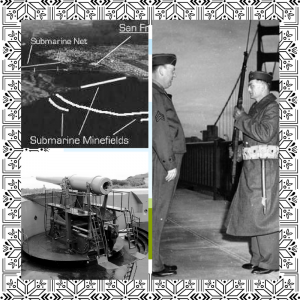 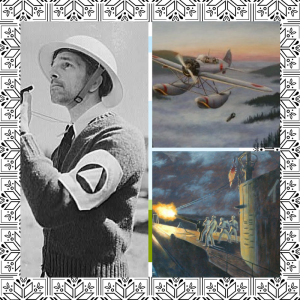 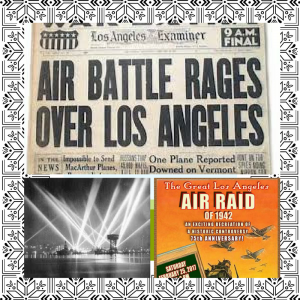 While no enemy bombs were dropped, the Battle of Los Angeles did claim six lives.  Three people were killed by friendly fire while another trio suffered fatal heart attacks during the hour-long siege.  A number of buildings also suffered damage from U.S. anti-aircraft guns. END_OF_DOCUMENT_TOKEN_TO_BE_REPLACED 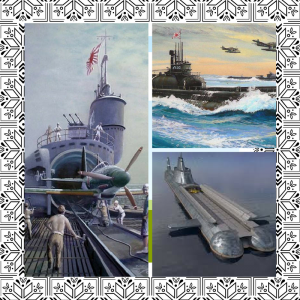 W.W.II in San Francisco took on many different descriptions and tales.  This is a continuation of one of those stories.  Chapter 6:   The Japanese Imperial Navy during World War Two developed a secret weapon, a submersible aircraft carrier.  Eventually, the sub grew to 400′ in length and double the width, capable of carrying three bombers.  There were rumors that our enemy was experimenting with atomic weapons off of Korea, but a more likely scenario involves these airplanes unloading anthrax bombs on American cities.  Anthrax had been thoroughly tested against China early on.  This particular strategy, however, was abandoned by the Japanese high command as being too immoral (little did they know what was coming to their own shores).  Also, they had witness the ineffectiveness of the German aerial bombing of London. END_OF_DOCUMENT_TOKEN_TO_BE_REPLACED 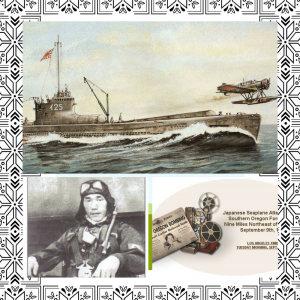 There were eleven Jap subs creating chaos off the West Coast to give the illusion that an invasion was soon at hand.  Most believed that the Japanese Imperial Navy would continue on from their victory at Pearl Harbor and strike at San Diego and/or San Francisco.  In addition, the I-25 is credited with bombing Fort Stevens near Astoria, the Ellwood oil fields of Santa Barbara and several merchant ships.  The vessel also slipped past the anti-sub nets of the Golden Gate and attempted to torpedo the U.S.S. Lexington, moored at Hunters Point shipyard. END_OF_DOCUMENT_TOKEN_TO_BE_REPLACED 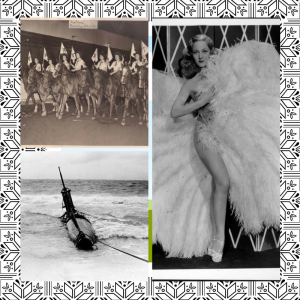 In 1942 my mother, Anne Klausen, in an effort to please her father, Elmer Klausen, quit the S.F. Ballet and Opera Company and joined the equestrian unit of the Red Cross, riding Spencer Tracy’s polo pony.  Her days were filled with routine excursions out in the Sunset and Richmond dunes, reminding the hobo “towns” to not start any fires at night.  One day she discovered an abandoned minisub on Ocean Beach.  It was later identified as belonging to the I-25, a Japanese submarine aircraft carrier.  But where did its operators go?  Records did not list them as being captured.  Did they hook up with San Francisco’s Japantown?  Or was it with the Black Dragon Society of espionage insurgents? END_OF_DOCUMENT_TOKEN_TO_BE_REPLACED 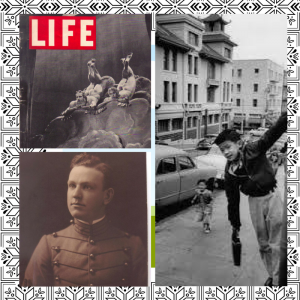 Brash and independent, she would lash back saying that his participation in the California Grays was nothing more than the work of a bunch of vigilantes.  History would prove her right.  One night in the early part of 1942, before the Japanese internment camps had been OK’d by the boys in Washington, the Grays assembled at the unofficial request of Lt. Gen. John L. DeWitt, commander of the Fourth Army at the Presidio. END_OF_DOCUMENT_TOKEN_TO_BE_REPLACED 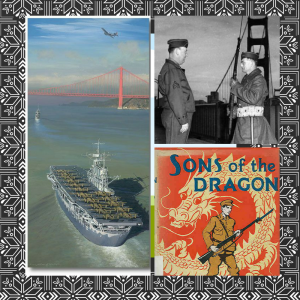 My biological grandfather, Sergeant Elmer Klausen, a member of the California Grays (a militia group with a checkered past), posted a National Guardsman at the southend of the bridge. END_OF_DOCUMENT_TOKEN_TO_BE_REPLACED